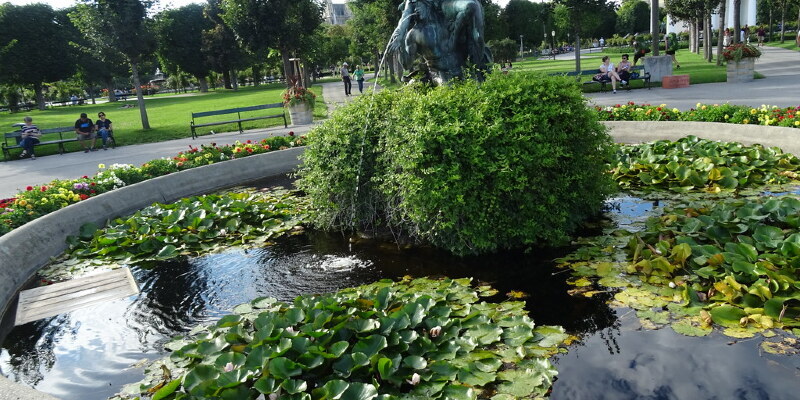 Bougainvilleas (Bougainvillea spp.) , don’t tolerate frost nicely, growing in frost-free climates in U.S. Department of Agriculture plant hardiness zones 10 through 11, but you can grow them as a houseplant in cold temperatures. Bougainvilleas grow vigorously, supplying a tropical pop of color that stands out at nearly any lawn. Hard pruning, also known as severe or renewal pruning, describes cutting a plant with the objective of spurring new growth. Hard pruning during the dormant season helps make sure your bougainvilleas produce healthy new growth each year.

Cut back all old wood at the center of the bougainvillea, which makes cuts at the branch collars, using long-handled lopping shears. Cut at an upward 45-degree angle to help shield the stubs from rain. Wear protective gloves, a long-sleeved shirt and long trousers when pruning bougainvilleas to prevent injury or distress caused by contact with thorns.

Cut out branches which are diseased or infested with pests, cutting them back to healthy tissue. In case the entire branch is compromised, then remove it at a 45-degree angle at the branch collar.

Eliminate entangled divisions, inward-growing divisions and those that rub against each other. Pick the least-vigorous sections of the band for pruning and trim them back to the branch collars at a 45-degree angle, reducing total divisions by one-half.

Trim back the bougainvillea’s new growth to the first healthier grass to encourage bushy, extensive growth in the subsequent season.

Place the trimmer at the bottom of the hedge. Shear the side of the hedge, producing brief, vertical cuts at an inward angle to form a cone shape. Work around the hedge, picking the cutting up in which you left off, again cutting upward at a slightly inward angle until you achieve a pointed top using downward-sloping sides.