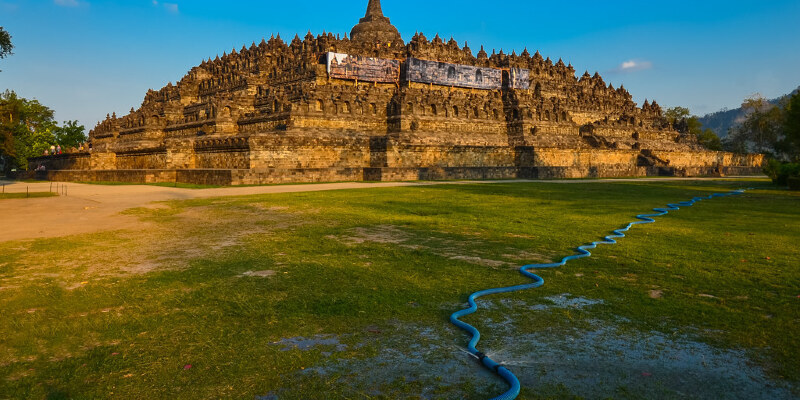 Relatively new on the houseplant scene, the Zee Zee plant, or the ZZ plant, zamioculcas zamiifolia, is an exotic yet easygoing houseplant that is forgiving if you forget to water it, can survive at low light and seldom needs pruning. To top it off, it also appears mostly resistant to insects. While it might not exactly thrive on neglect, as some rumors have it, the Zee Zee plant certainly is tolerant of it, thanks to its conditioning to severe drought in its organic East Africa habitat.

The Zee Zee plant develops from a stout, succulent rhizome, which creates the plant’s root system. The potato-like rhizome shops water and helps this plant survive both forgetful owners in addition to droughts in its normal habitat.

It is normally evergreen but becomes deciduous through drought periods, shedding its leaves and going dormant until water returns. If your plant does reduce its leaves, as long as the tubers are company, it should still send out new growth if you resume regular watering.

After the Zee Zee plant is small, it has stalks that stay fairly vertical, though because it develops you can encourage the stalks to bow, for a tasteful decorative effect, particularly when the plant is displayed on a rack at a low planter.

Despite its drought-tolerant nature, the Zee Zee plant will be healthiest with regular watering, interspersed by periods in which the soil is allowed to dry out. Overwatering is the 1 way to ruin it erring on the side of dryness is better than risking tuber rot. Never allow the plant to sit in water or allow the soil to become soggy.

The Zee Zee plant can tolerate low light as a houseplant, but do not place it in a room and expect it to thrive. Tolerance of low light inside doesn’t signify this is the best growing condition.

A little Zee Zee plant’s vertical stalks and glistening leaves make it the perfect centerpiece plant, not just because it will endure a moderately lit spot on the dining room table, but also because it is a slow grower and seldom needs repotting.

The Zee Zee plant is a fantastic pass-along plant, because it’s very easy to disperse, either by division of the rhizomes or from leaf cuttings.

Propagation by dividing rhizomes: Do this at summer or spring, and keep in mind that because of its slow growth, dividing one large Zee Zee plant can produce a lot of little plants which will take many years to reach the size of the parent.

Remove the plant from the pot along with as much dirt as possible; be careful to not damage the rhizomes and roots. Any dead, decaying or damaged roots should be trimmed with shears, not torn. The rhizomes can be separated when possible or cut if needed, and repotted into individual pots. Cuts increase the probability of fungus, which can prohibit new growth. Some specialists recommend soaking the rhizomes in an antifungal solution overnight, though try to find one that is not poisonous if you go this route, since poisonous ones require special handling.

Propagation using leaf cuttings: Eliminate a leaf and set the lower end into a moist, gritty mulch and wait for several months to annually for the leaf to start producing a new tuber. Remove the bag periodically to mist the dirt. The leaves can rust, though succulent bulb-like structures should form in the compost, and you can repot them to generate small new plants.

Maintain your plant looking great by gently wiping the leaves using a moist cloth. Do not use leaf-shine products, which can damage it.

A row of Zee Zee–filled pots is an attractive, low-maintenance design component that can look pretty much the same for years and won’t require repotting. So it is OK to put money into stunning pots; they will serve you for many years to come.

How to Take Care of a Zee Zee Plant

Temperature: The average room temperature should be 60 to 75 degrees Fahrenheit (16 to 24 degrees Celsius).

Light: Bright to reduced light. Keep the plant out of direct sunlight, which can scorch the leaves.

Water: Water thoroughly and allow the best 2 inches of soil to dry out between waterings. Soggy soil can cause the rhizomes (roots) to rust. With too much water, the leaves will turn yellow and fall off.

Feeding: Fertilizer is optional. If desired, fertilize four times each year with a balanced liquid fertilizer diluted by half an hour.

Height: This plant is slow growing but can reach up to 3 feet inside. It grows much taller in its native habitat.

Cautions: All parts of the plant are poisonous to animals and humans if ingested.

Natural habitat: East Africa. In Zee Zee’s natural habitat,little, insignificant flowers may appear at the bottom of plants in summertime; it seldom flowers indoors. The plant can be kept outside as long as the temperature doesn’t fall below 59 degrees Fahrenheit (15 degrees Celsius), however is best grown in temperatures between 65 and 79 degrees Fahrenheit (18 to 26 degrees Celsius). Hot temperatures can cause a rise in leaf production, so keep your Zee Zee vegetation clear of air conditioning come summertime if you want to see it grow.