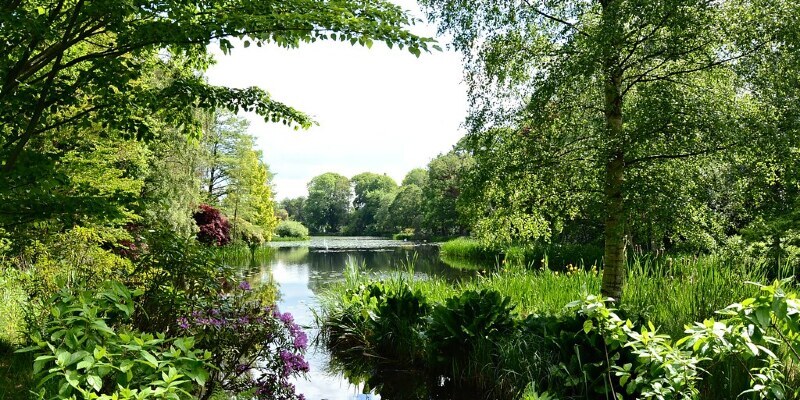 Honeysuckles belong to this genus Lonicera, which includes approximately 180 species of woody vines grown for their fragrant blossoms. Species such as Japanese honeysuckle (L. japonica) and coral honeysuckle (L. sempervirens) are widely grown within U.S. Department of Agriculture plant hardiness zones 8 to 10, in which they are easily propagated from clippings, or stem cuttings. The clippings root quickly in summer and will be ready for transplant by the subsequent calendar year. But they will root best if treated with light rooting hormone and kept beneath always cold, humid conditions.

Create a rooting container prior to collecting the honeysuckle clippings. Fill a 4-inch square pot with a mixture of half perlite and half coir. Wet the mix and allow the excess water to drain off for about five minutes.

Collect a 3- to 5-inch-long clipping in the tip of a vigorous honeysuckle stem. Pick one with a pliant tip and semi-hardened bark in the base. Avoid stems with flowers or buds. Sever the stem 1/16 inch under a set of leaves using sharp pruning shears.

Eliminate the leaves along the bottom half of this honeysuckle cutting to reveal the growth nodes. Treat the severed finish and exposed nodes with 0.1 percent IBA rooting hormone. Apply the hormone with a cotton swab.

Produce a planting hole in the center of the moistened perlite mix. Make the hole just deep enough to hold the bottom half of this honeysuckle clipping. Insert the clipping from the hole and gently press the perlite mixture around it.

Set the pot within a large clear plastic bag. Close to the bag to hold moisture and heat around the honeysuckle. Cut a 1/2-inch hole in the plastic to allow a little bit of moisture to escape.

Set the pot outdoors in a sheltered area out of direct sunlight or indoors on a lightly shaded windowsill. Warm the pot to 75 degrees Fahrenheit by means of a greenhouse heating mat. Switch off the mat if daytime temperatures leading 80 degrees.

Remove the plastic bag and check the moisture level from the perlite mix every second day. Add water whenever it feels barely moist in the top inch or so. Mist the foliage with a spray bottle each time you water.

Check for roots in about one month by gently pulling the base of the honeysuckle feeling and stem if it’s stuck to the perlite mixture by roots. Transplant it to a 4-inch container filled with potting soil two weeks after it roots.

Grow the honeysuckle outside under partial shade for the remainder of summer, then transfer it to a cold frame for the winter. Transplant it to a permanent bed in the spring after soil temperatures warm to 65 degrees and all danger of frost has passed.